The Doer of Good by Theodore Roosevelt 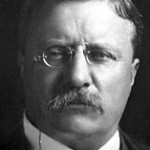 “It is not the critic who counts; not the man who points out how the strong man
stumbles, or where the doer of deeds could have done them BETTER;

The credit belongs to the MAN who is actually in the arena, whose face is marred
by Dust and Sweat and Blood;

Who strives Valiantly: who errs, who comes short again and again, because there is no effort without error and short coming; but who does actually strive to do the deeds; who knows great enthusiasms, the great devotions; who spends himself in a worthy cause; who at best knows in the end the triumph of great achievement and who at worst, if he fails, at least fails while daring greatly.

📂This entry was posted in Uncategorized